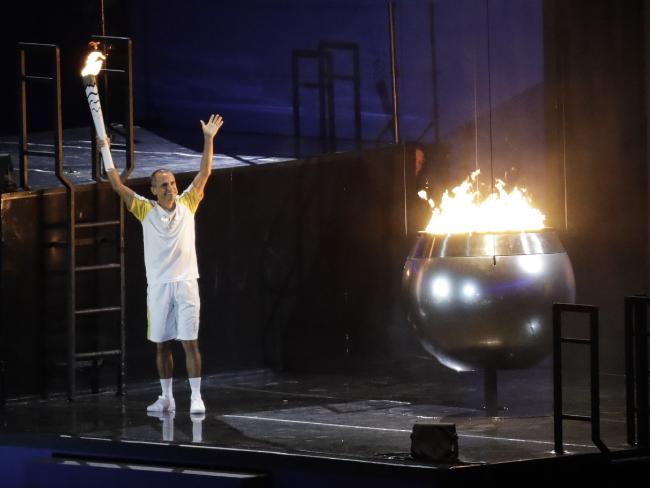 ORGANISERS kept one final surprise up their sleeve when it came to light the 2016 Rio Olympic Cauldron.

It was initially reported tennis great Gustavo Kuerten would be handed the honour, but he handed the olympic torch off inside the Maracana Stadium.

He handed the flame to female basketball player Hortência Marcari who then handed the torch to marathon runner Brazilian Vanderlei de Lima.

The 46-year-old long distance runner famously surrendered the race lead during the 2004 Olympic Games marathon when he was attacked by a spectator.

With the torch in one hand, he climbed up to the cauldron at the top of the Maracana Stadium. The cauldron came alive when lit and instantly became a dynamic moving display which soared above the stadium.

The Olympics have begun.