Goldgenie, a luxury goods company famous for gold-plating just about anything for its wealthy clients, has recently launched a unique Donald Trump-themed iPhone 7 made out of solid 24K gold and encrusted with diamonds. And the best part is that this gem costs only $151,000.

The Goldgenie retail store in Sharjah, a city near Dubai, came up with the idea for this unusual product after it was specifically requested by a Chinese woman, last month. Frank Fernando, managing director of Goldgenie, declined to identify the customer by name, but said that he believes her family wants to give it to Trump himself after his inauguration, as a present. Anyway, Goldgenie loved the idea so much that they made it available to their other clients as well.

I guess I can see some of the world’s super-rich spending a whopping $151,000 on a gold iPhone 7 embellished with over 450 VS1 white diamonds within the Apple logo and around its edges, but who would want Trump’s grinning face stamped on it? Well, it turns out that the idea was very inspired, as Goldgenie claims that it has had nine more orders for its unique Trump iPhone. 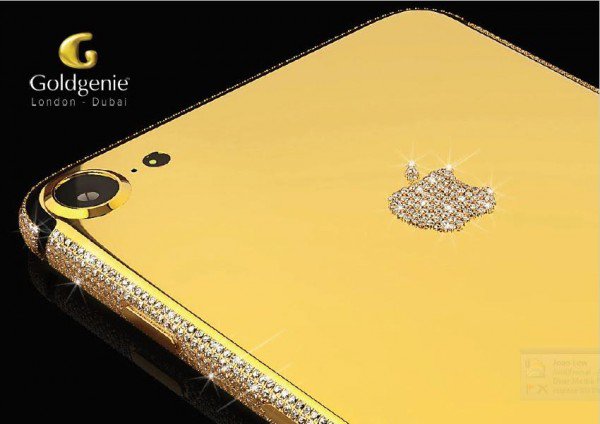 Not only that, but Emirates 24/7 reports that the Goldgenie sales team is actually receiving several inquiries per day from people asking to have Trump’s face engraved on their own devices. The guy is apparently really popular among the uber-rich.

The company’s team of artisans spend 180 man hours working on the custom iPhone 7, but that’s not the only justification for the scary price tag. The device also comes with military grade encryption as well as call privacy features, among other perks. Still, $151,000 sounds insane.

And if you’re still wondering what kind of person would buy something like this, Frank Fernando is more than glad to describe their typical client: “very wealthy, high-net-worth individuals for whom it is very difficult to buy gifts because they have everything.”

Goldgenie started out in London, in 1989, and made a name for itself by gold-plating anything their clients desired. Even today, Fernando admits that they will sometimes take their special gold-plating machine to wealthy people’s homes to cover their bathrooms in the precious metal.

After developing a massive Arab client base, they decided to make their outrageously expensive goods available to the entire Gulf region, and opened their first retail shop in Sharjah. It’s been doing so well that they now plan on opening a new one in neighboring Qatar and another in South Arabia.

Most Dangerous Restaurants Around The World

What to eat on your first date