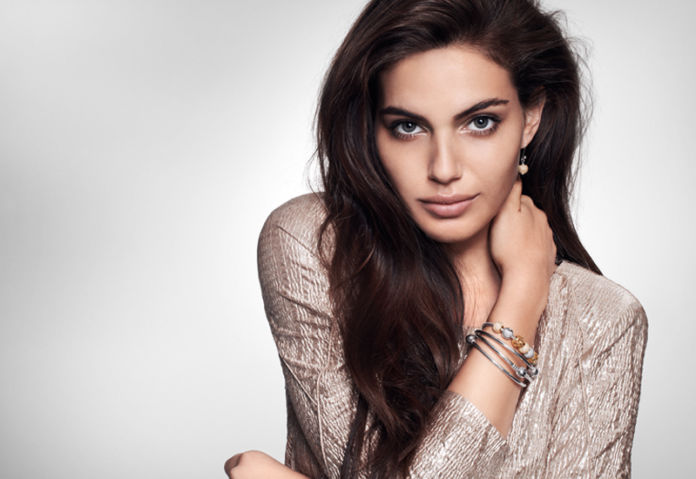 Pandora, a Denmark-based company started in 1982 as a small family venture, has grown to a mammoth US $14 billion empire today.

Pandora, famous for its charm bracelets and stacking rings, has managed to double sales each year since 2000, with celebrities such as Millie Mackintosh and Abbey Clancy are frequently spotted wearing the brand.

Pandora is the third most searched jewellery brand this holiday season, so it is likely when you open your gift box this Christmas it could be Pandora.

So how Pandora grew so successful? Per Enevoldsen, who started Pandora in 1982 with his wife Winnie, says this is a question that he still asks himself today.

‘At no stage did I ever dream Pandora would become what it has,’ the highly-private businessman told Jeweller Magazine.

The incredibly popular brand is now worth an estimated £11.5billion and industry experts predict that the brand’s rings will attract in excess of one million searches on Google this year alone.

The ubiquitous charm bracelet remains its top-selling item, but its rings – including stacking and birthstone designs – are also high on peoples’ wish-lists.

Enevoldsen started out by importing jewellery from Thailand – and, after witnessing success on the wholesale market, he and his wife decided to start a retail venture.

In 1987, the company employed its first in-house designer to create original designs.

Two years later, in 1989, the Enevoldsens decided to start manufacturing their jewellery in Thailand.

In 2000, Pandora’s charm bracelet concept was first launched in the Danish market and it quickly caught on.

Reacting to consumer demand, the company entered the US market in 2003, followed by Germany and Australia in 2004.

Today its products are sold in more than 70 countries on six continents through over 10,300 points of sale, including around 900 concept stores.

Another key to Pandora’s popularity is its accessible price points. Indeed, the range starts from just £15 for an intricately-shaped silver charm. It caps at £2,900, with a 14ct gold necklace appealing to the more affluent customer.

On the celebrity front, this year Tess Daly was unveiled as the face of Pandora jewellery for a second campaign.

Speaking about the coup, the TV presenter said: ‘I’m delighted to continue working alongside Pandora. I first fell in love with the brand when purchasing a charm bracelet for one of my friends years ago.

‘Since then my admiration for the brand has continued to grow. This is a company which really promotes positive self-image, encouraging women of all backgrounds and tastes to be creative with their style and celebrate their uniqueness.’

We wish Pandora more and more success and hope they will continue to grow and help people find jewellery and accessories of their choice.

Must Try These Fall 2016 Fashion Trends Before Winter Hits

Craziest Most Funny Hairstyle And Haircuts