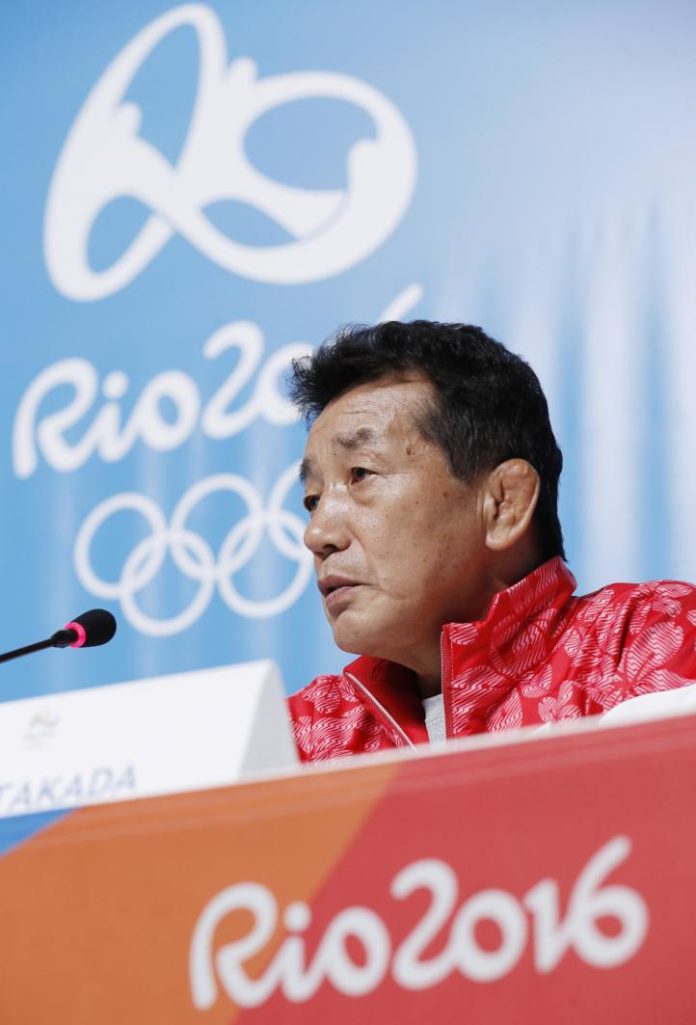 RIO DE JANEIRO – Top-ranking officials of the Japanese Olympic Committee delegation spoke on Monday about the country’s prospects for a strong performance at the upcoming Rio Olympics, expressing their hope for 14 gold medals as the team gears up for the 2020 Tokyo Summer Games.

Japan is hoping for a medal rush in the first half of the 17-day sports extravaganza, and an improvement on its meager showing in judo from the London Games where the sole gold was won by Kaori Matsumoto in the women’s 57-kg class. Overall, Japan won just seven gold medals at the London Games.

“This is a competition that we have to look steadily at as we move toward 2020, and how our athletes perform here will prove crucial for 2020. We are aiming for 14 gold medals and more than 30 medals overall,” Yuji Takada, the Japanese team manager told a press conference after arriving in the city earlier in the day with Yasuhiro Yamashita, the JOC’s deputy chef de mission.

Asked specifically about the importance of starting with a flourish in the opening week of the Aug. 5-21 Rio Games, Takada said, “First off we will have our swimmer (Kosuke) Hagino competing right after the opening ceremony, and two judoka in the lightweight categories. We want these athletes to all get gold medals, so it sets the ball in motion for more to come.”

Takada added that Japan hopes to grab eight of the hoped for gold medals in judo and swimming before finishing up with another gold spree in gymnastics and wrestling.

Although not yet on the map of gold-medal expectations, Takada said he remains hopeful that Japanese athletes will perform well in other sports such as fencing, taekwondo, archery and shooting.