Jeremy Corbyn has positioned himself as the politician “taking on the establishment” in a New Year message where he vows to campaign to stop Brexit benefitting just “bankers in the City”.

The leader of the Labour Party says it is time to take stock of “a year that will live long in all of our memories”, but goes on to rail against how “people didn’t trust politicians and they didn’t trust the European Union” in echoes of the populist rhetoric that won the EU referendum for Leave.

The Labour leader said in his New Year’s message he “understood” the Brexit vote showed “people didn’t trust” politicians or the European Union and promised his party would not try to block the referendum result.

Addressing the prospect of a post-EU deal, he said: “A Brexit that protects the bankers in the City and continues to give corporate handouts to the biggest companies is not good enough.”

Mr. Corbyn said he blamed the political system for “letting down the people of this country” and said “decisions made in Westminster are making people’s lives harder”.

The Labour leader said his political career underlined his credentials as the man to take on the government.

“I’ve spent over 40 years in politics campaigning for a better way of doing things, standing up for people, taking on the establishment and opposing decisions that would make us worse-off,” he said. 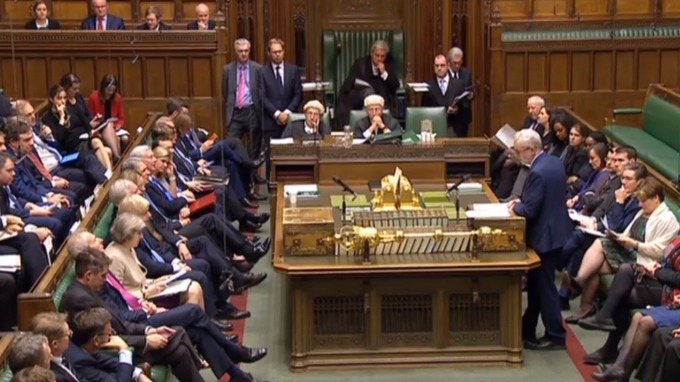 I think it’s fair to say, that 2016 is a year that will live long in all our memories. It saw 12 months of enormous change not just in Britain but the world. But the New Year gives all the opportunity to start afresh.
One of the best things about my job as Leader of the Labour Party is meeting some fantastic people all over the country.

“Millions of people can’t plan their lives because, whether on temporary or zero-hours contracts, they don’t know what job or what hours they’ll have from day to day, week to week or month to month”, he said. “For many, pay is so low that it doesn’t make ends meet.”

Ivanka Speaks about Her Father Donald Trump and Her Childhood

We are social trendsetters! We provide you with the latest trending stories, news and videos from across the nation and around the world.
Contact us: [email protected]
© Copyright 2016 - 2021 NutsFeed
MORE STORIES