Like her sister Kendall, Kylie Jenner isn’t slowing with the change of the year. She proved that Saturday night when she posted what she termed her last selfie of the year: a killer shot of her in a pale green two-piece that emphasized some of her finer assets.

The Jenners no doubt had a great 2016, and as a result, Kylie’s millions of Instagram followers had one too. She favored them and us with some memorable content. For a mix of old and new videos and photos like the killer shot above, just keep on scrolling.

And let’s never forget this truly killer video, dropped as a sort of Christmas present — for which we’re still pretty grateful. Thanks for a great year in hotness, Kylie. This year can only get better.

While posing in front of the shower, the youngest member of the KarJenner family was wearing a green velvet bra and underwear as she posed in a seductive way.

She has been garnering tons of attention for flaunting her curves in the selfies. 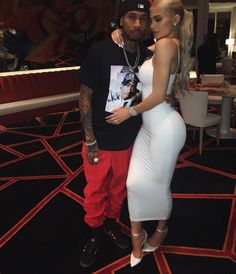 After the bathroom selfie, the Lipkit founder shared a collage of photos thanking all her fans for the “love”. The collage is compiled of nine pictures in total, including her topless picture with Tyga, then herself snuggling around her sister Kendal Jenner that she posted recently. “Here’s her best nine from 2016,” .

Kylie and her boyfriend Tyga seem to be going really stronger than ever, as she showed off a brand new tattoo inspired by her boyfriend earlier in December. Celebrity tattoo artist Rafael Valdez hooked her up with a tiny lower case “T” on her ankle.

On the other hand, Tyga and Kanye West released a new song collaboratively called Feel Me. The album cover features a naked body that is quite akin to Kylie Jenner’s body . 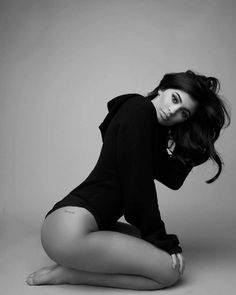 Later on, Kylie took to Snapchat to share another cute portrait with her BFF Jordyn Woods. They wished her fans “Happy New Year” so adorably. The best friends duo was seen using the Hello Kitty filter via Snapchat, giving them pink noses and whiskers.