Miley Cyrus has added to her jewelry box with a special addition from fiancé Liam Hemsworth.

The 24-year-old singer took to Instagram to share the lovely gift Hemsworth, gave to her on Christmas: a set of rainbow studded, moon-shaped earrings.

“I my rainbow moon my dude made fo me,” the singer wrote.

This is not the first time the Hunger Games actor has presented Cyrus with a rainbow-themed gift. In November, the actor gave the “Wrecking Ball” singer a large gold disc ring adorned with rainbow gems for her 24th birthday. 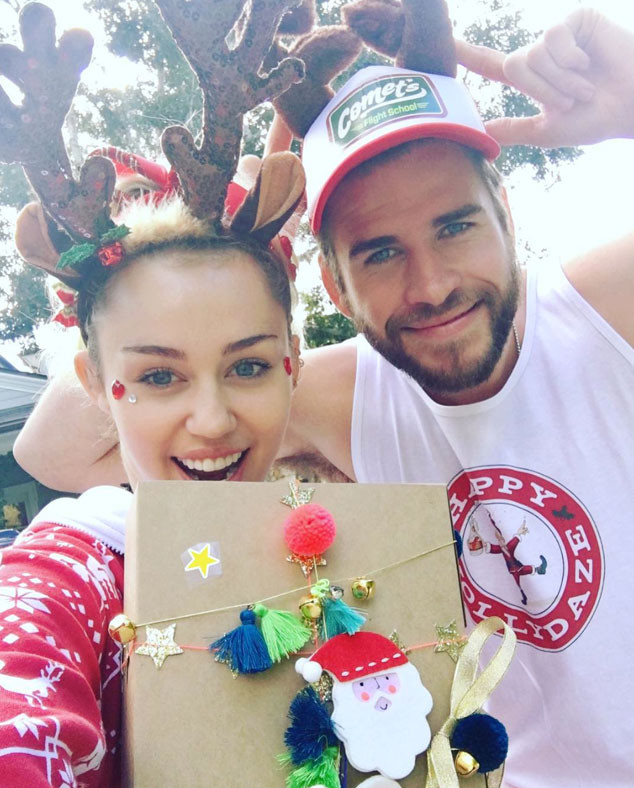 The couple joined Cyrus’ family, including her parents — Billy Ray and Tish — siblings, Trace, Noah, Brandi and Braison, and some furry friends, for a holiday photo. The two also celebrated with a pre-Christmas Eve party with Hemsworth’s brother, Chris Hemsworth, and his wife Elsa Pataky

After ending their engagement in 2013, Cyrus and Hemsworth rekindled their romance earlier this year. This time around, they’ve been notably more private and kept their relationship out of the public eye.

Since reuniting, one source told PEOPLE the more “low key” couple is better than ever: “With Liam back in her life, she seems to enjoy it much more.” 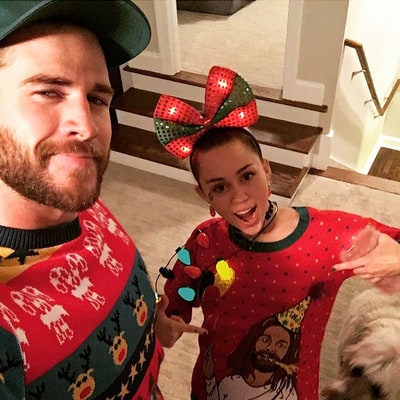 Although the couple had previously kept their fans guessing about their relationship status for some time, Cyrus finally addressed the diamond ring on her left hand ring finger during a recent appearance on The Ellen DeGeneres Show.

DeGeneres broached the subject, asking, “There is a photo that got a lot of attention of your engagement ring. Are you wearing it right now?” Cyrus confirmed the fact, and was congratulated by the host.

Referring to her 3.5-carat cushion-cut, vintage-style Neil Lane diamond ring, Cyrus said, “This is really weird, because this is like real jewelry and most of my jewelry is made out of gummy bears and cotton candy … they don’t look that good together because they kind of mix up. So sometimes I replace it with an actual unicorn or a Looney Tune. And kind of like, What’s going on? I am like, This isn’t really my aesthetic, but I’ll wear it because you love me.”