The Mammoth penis-shaped object, which is just 1.9 inches long, was recently discovered with passionate fossil hunters discussing the unusual find.

With the object’s unique appearance, many were quick to suggest that it was an elephant penis or “fossilised phallus”.

But while some on the Norfolk fossil finds Facebook page were quick to become excited about the object’s origins, others were not so sure.

“Sorry to be a bringer of bad news, but I think that is a pseudo fossil, mud/ironstone concretion”.

Jamie Jordan, who works at Fossils Galore, “After taking a close look at this one I believe it to be banded flint. Possibly a coral from the flint.”

While it was initially reported to have been found in Hunstanton, The Sun Online understands that the object was found in Leicestershire.

Robert Mee stumbled across the phallic-looking find on the same stretch of coastline where the skeleton of the West Runton mammoth was discovered nearly 27 years decades ago.

He made the surprising discovery in Hunstanton, Norfolk – just 30 miles from where Ice age mammoth, often referred to as an elephant , last walked. 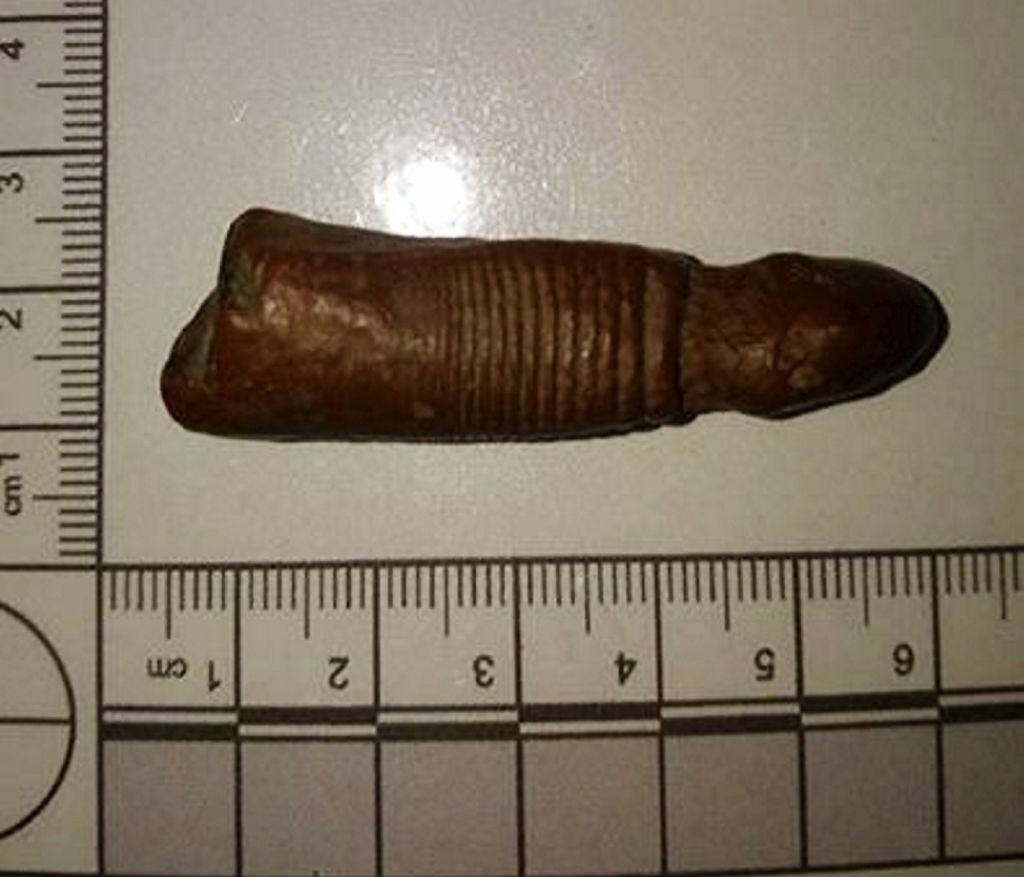 Robert later shared his find on Facebook appealing for help in identifying it, but received an interesting response.

It is believed the male West Runton mammoth stood four metres tall at the shoulder and weighed 10 tonnes – twice the weight of the modern African elephant.