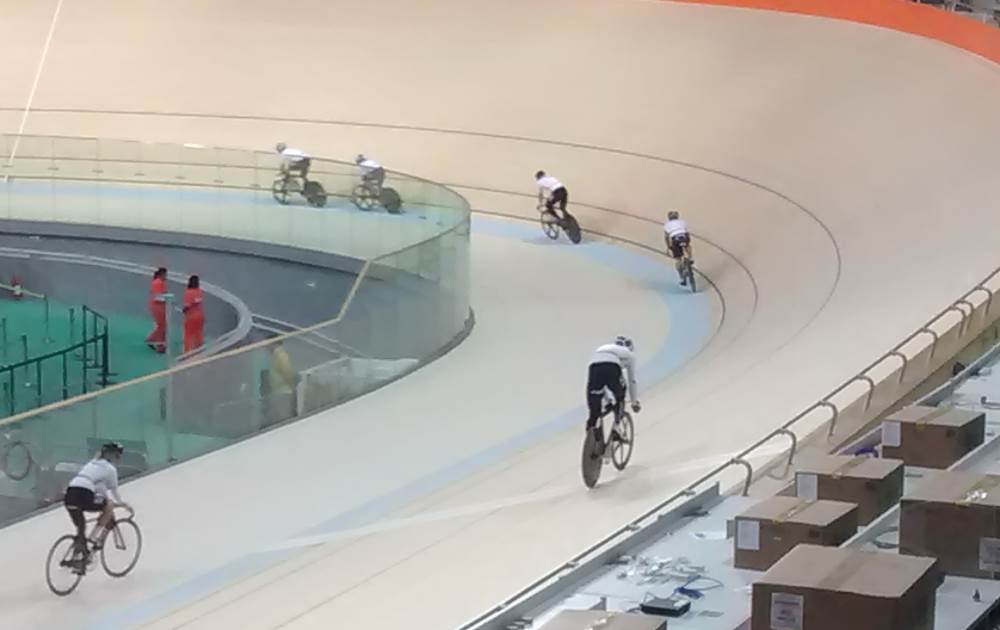 Australian and German Queens of the track are neighbours in the village. They met again at the Rio Olympic Velodrome

On the first day of training at the Rio Olympic Velodrome, two legendary gold medal-winning cyclists nearly coincided on the track: Anna Meares of Australia and Kristina Vogel of Germany.

The Australian team’s training slot began just as the Germans finished their session on the afternoon of Thursday (28 July). But although the two athletes have one of cycling’s great rivalries, away from the track the two Olympic champions get on well and they exchanged friendly words as they passed each other at the velodrome.

“We are actually neighbours in the village,” Vogel said afterwards. “We see each other around a lot here.”

Become an expert on track cycling with our infographic

The 25-year-old from Erfurt in central Germany won gold at London 2012 in the team sprint with team-mate Miriam Welte. The two are both back to defend their title in Rio.  A seven-time world champion, Vogel will also be participating in the sprint and keirin events in Rio; she is the reigning world champion in the keirin.

If Vogel is to add to her gold medal haul in Rio, she will have to outperform her new neighbour from Australia. Rio 2016 will be the fourth Olympic Games for 32-year-old Meares, who has five Olympic medals to her name, including golds in the sprint and time trial.

Meares, who will be the Australian flagbearer in the opening ceremony of 5 August, is eager to make amends for her last Olympic meeting with the German. At London 2012, Meares and team-mate Kaarle McCulloch had to settle for bronze behind Vogel and Welte.

At the world track cycling championships in London in March this year, Vogel won gold in the keirin ahead of Meares on silver.