What will happen to Earth when, in a few billion years’ time, the sun is a hundred times bigger than it is today? Using the most powerful radio telescope in the world, an international team of astronomers has set out to look for answers in the star L2 Puppis. Five billion years ago, this star was very similar to the sun as it is today. 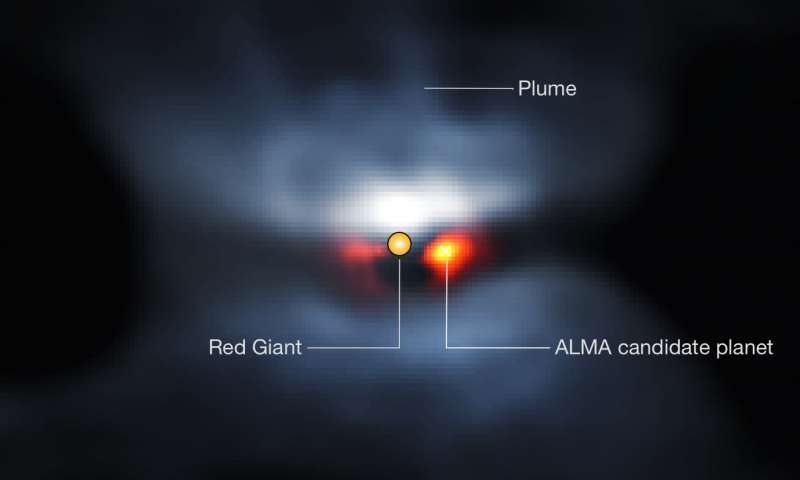 “Five billion years from now, the sun will have grown into a red giant star, more than a hundred times larger than its current size,” says Professor Leen Decin from the KU Leuven Institute of Astronomy. “It will also experience an intense mass loss through a very strong stellar wind. The end product of its evolution, 7 billion years from now, will be a tiny white dwarf star. This will be about the size of the Earth, but much heavier: one tea spoon of white dwarf material weighs about 5 tons.” This metamorphosis will have a dramatic impact on the planets of our solar system. Mercury and Venus, for instance, will be engulfed in the giant star and destroyed.

“But the fate of the Earth is still uncertain,” continues Decin. “We already know that our sun will be bigger and brighter, so that it will probably destroy any form of life on our planet. But will the Earth’s rocky core survive the red giant phase and continue orbiting the white dwarf?” 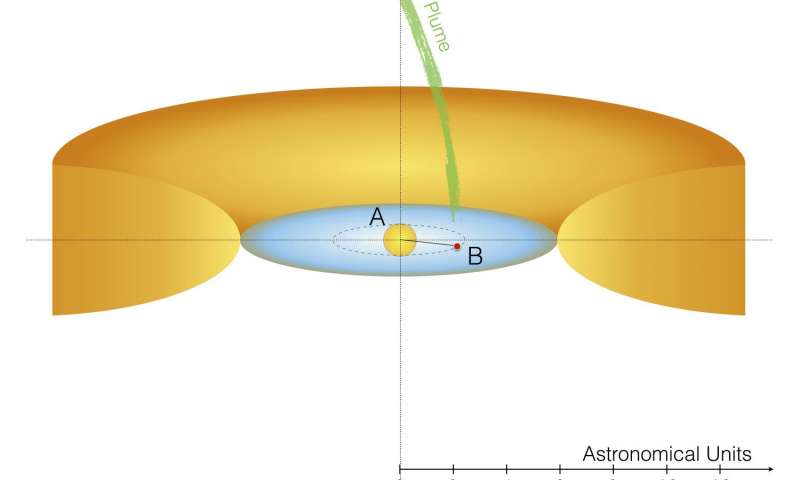 To answer this question, an international team of astronomers observed the evolved star L2 Puppis. This star is 208 light years away from Earth – which, in astronomy terms, means nearby. The researchers used the ALMA radio telescope, which consists of 66 individual radio antennas that together form a giant virtual telescope with a 16-kilometre diameter.

“We discovered that L2 Puppis is about 10 billion years old,” says Ward Homan from the KU Leuven Institute of Astronomy. “Five billion years ago, the star was an almost perfect twin of our sun as it is today, with the same mass. One third of this mass was lost during the evolution of the star. The same will happen with our sun in the very distant future.” 300 million kilometres from L2 Puppis—or twice the distance between the sun and the Earth—the researchers detected an object orbiting the giant star. In all likelihood, this is a planet that offers a unique preview of our Earth five billion years from now. 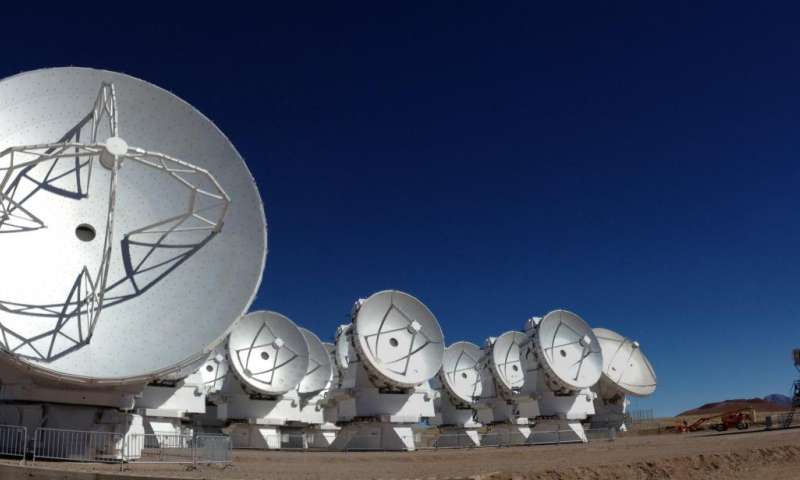 A deeper understanding of the interactions between L2 Puppis and its planet will yield valuable information on the final evolution of the sun and its impact on the planets in our solar system. Whether the Earth will eventually survive the sun’s expansion or be destroyed is still uncertain. L2 Puppis may be the key to answering this question.

Amazing Images: The Best Science Photos of the Week

Will Artificial Intelligence Be the Next Einstein?

The Universe Is Flat — Now What?

Why Fingernails on a Chalkboard Sound Gives You the Shivers